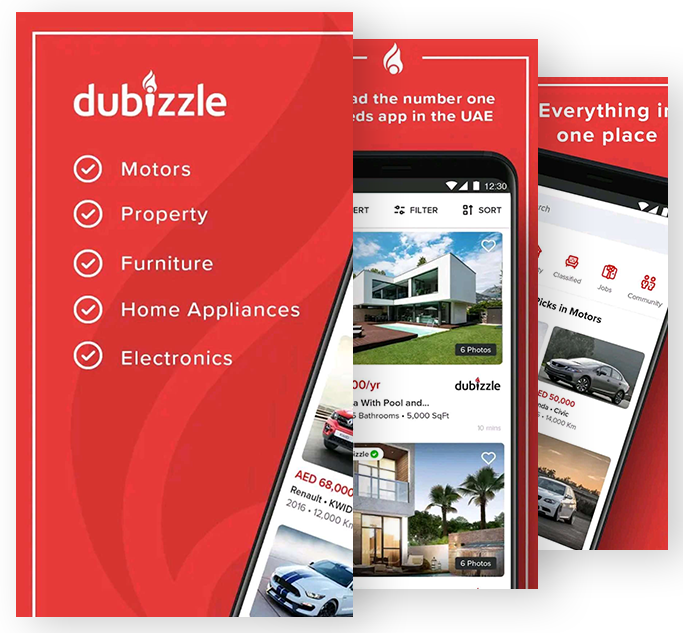 Dubizzle is one of the largest platforms of Dubai that allows you to sell anything over the app. it was founded in 2005 by J.C. Butler and Sim Whately and later acquired by OLX in 2015.

The app covers itself in the lifestyle genre that enables users to buy, sell anything online. Recently, Dubizzle has announced that it has funding raised around $190 million. The organization also has more than 5 million mobile app downloads.

The client approached us with a basic requirement to enhance its online market presence. We aimed to learn everything about the product and then figured out what our client actually needed. We developed some right marketing strategies to meet our client’s specifications. The team assigned included employees working in the same domain for more than 10+ years. Few of the client requirements were: 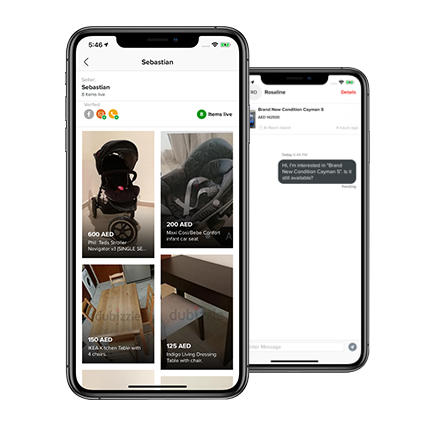 Dubizzle is a top-rated platform that lets people to buy and sell property, electronic items, and furniture in the UAE. Now with Dubizzle, users can easily find the indoor and outdoor units with no trouble. Dubizzle provides an efficient feature and functionalities that help users to discover.

As a top digital marketing organization, we offered a lot of services for the overall development of our Client and these services are modified as per the user requirements. Our expert team thrived to get positive results under any circumstances. Few of the services we offered to our client were:

At the starting of the project, we felt few challenges from the competitive organizations but eventually with our experienced team assigned passed all hurdles and delivered amazing results. The client was very satisfied with the performance we showed. Some of the few challenges that we have to face were:

Challenge 1: Difficulty In Making The App Popular On The App Stores
Solution: Our experts performed competitor research and then implement the proper marketing strategies such as research of the target audience, promoting the app on various social media platforms, measuring all KPIs, and more. It helped in making the app visible at the top of app stores.
Challenge 2:App' User Retention
Solution: We know the importance of user retention and that’s why we worked on fulfilling the requirements of the users. Our experts build trust through regular communication on different platforms and we also used automation to re-engage users. It helped in keeping customers engaged in the app.
Challenge 3: Making the app SEO ready
Solution: We achieved this issue by using most searched keywords and stuffing them naturally to description, tags of every app posts.
Challenge 4: Increasing ratings and reviews naturally
Solution: To overcome this challenge, we asked our collaborated influencers to make short videos asking to rate and review the app. We also encouraged users to rate and review the app using various tactics like incentives.
Matching needs of the client and market
Customized marketing platforms content
Duration of per strategy streaming
Modifications in the delivering strategy

Through our result-driven approach, even after facing lots of challenges we successfully fulfilled the needs of our client. We followed the proper marketing strategies to tackle with every challenge. The client was impressed with the strategies designed and implemented. Few of the strategies were:

We optimized the Dubizzle app for the app store ranking factors which influenced the ranking of the app and improved their app visibility, drive more traffic and increased conversions.

To boost Dubizzle’s app downloads, we kept the users engaged on social media platforms, which helped them in building trust with the brand and developed a better relation with the customers.

Our team of experts communicated with users and got their expectations. We use various tools and app review plugins to enhance rating and reviews on the app. 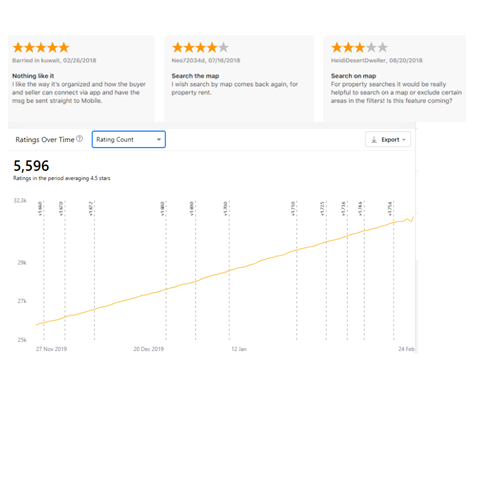 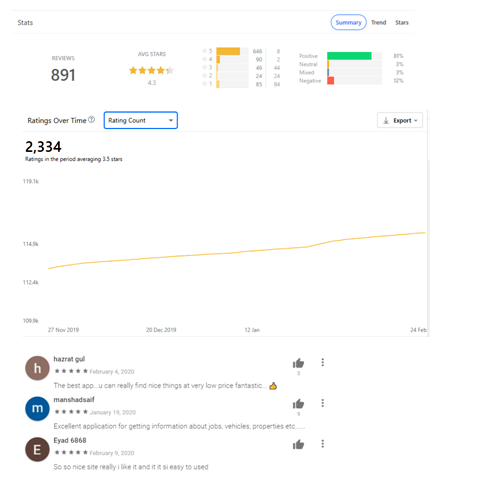 We used simple automation tools, like scheduling posts for social media ahead of time, which helped in enhancing the ROI and to take advantage of these platforms without investing much of time.

With the help of our experts, we boosted Dubizzle’s customer engagement by identifying points of interaction, offered personalized services, and created customized offer prompts.

We Offer Inbound Marketing Solutions To Our Clients

What Makes Us a One-Stop Solution?

Our ASO experts know what strategies should be implemented at what time so that you can the results within the given deadline. 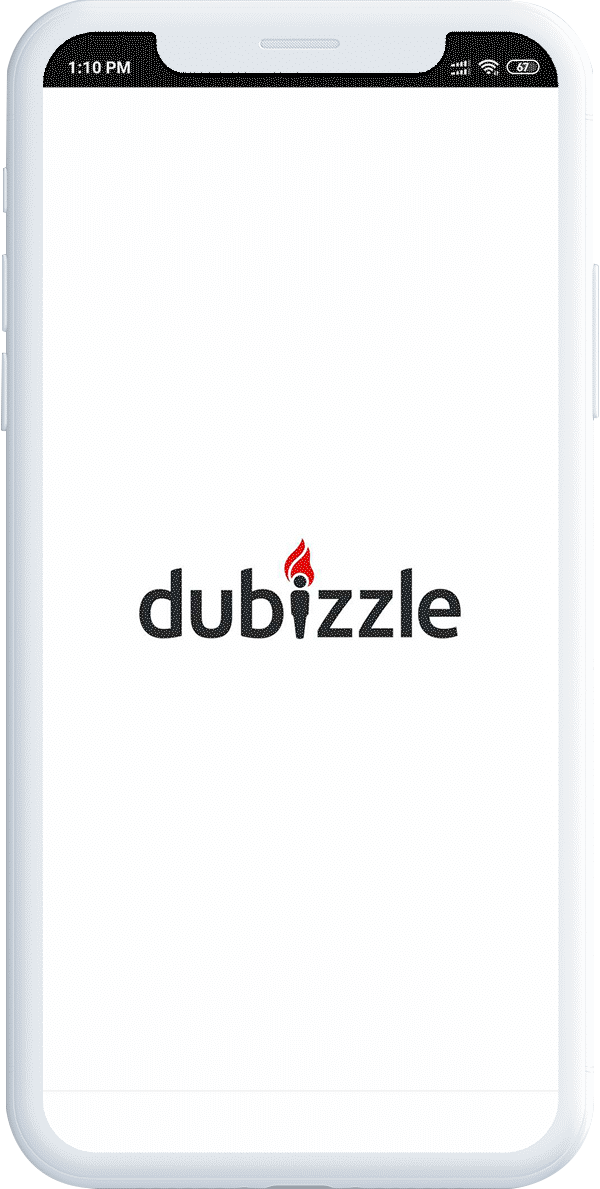 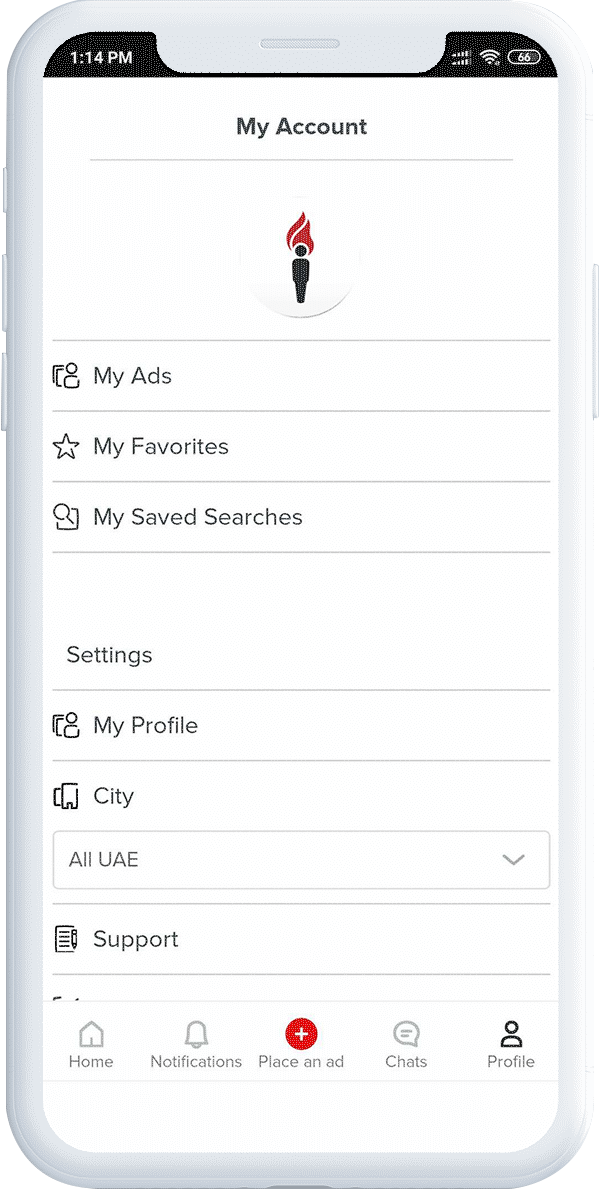 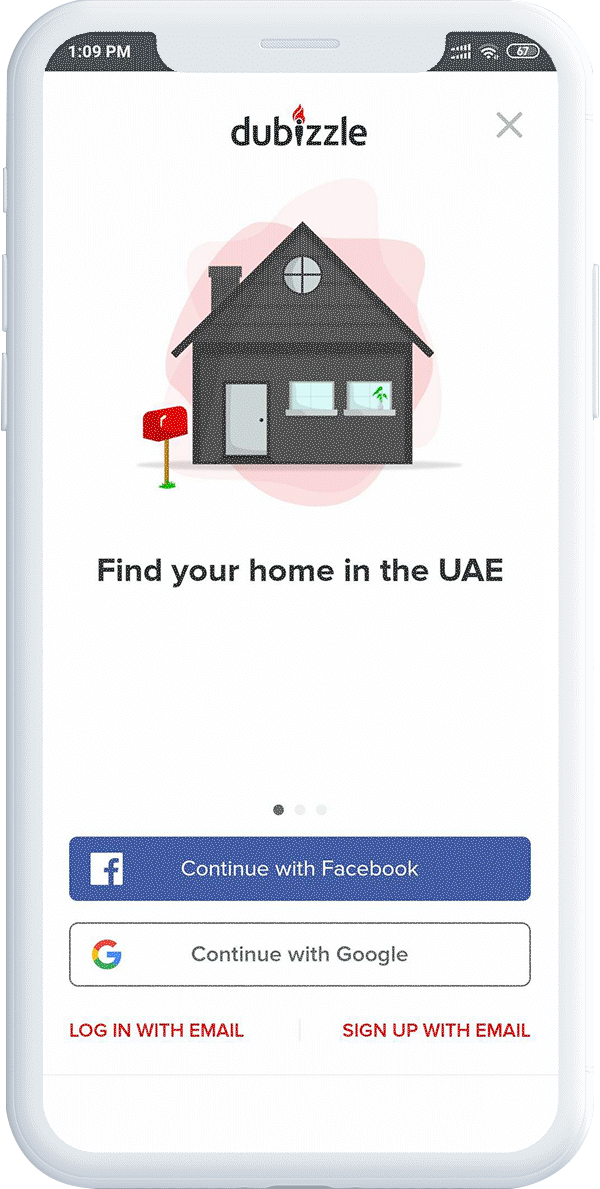 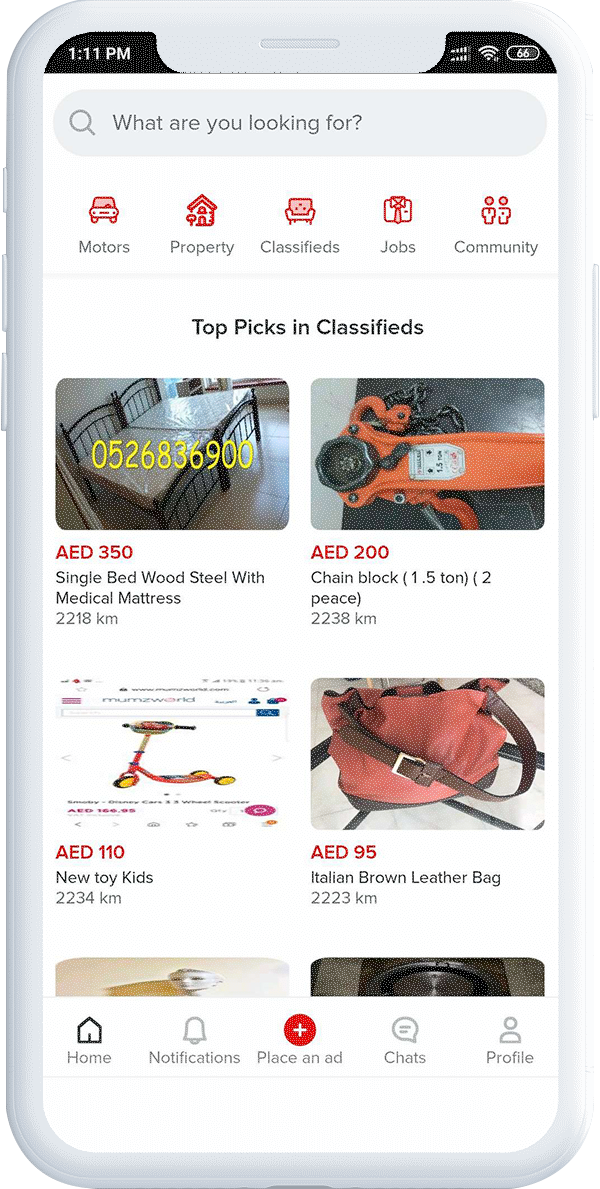 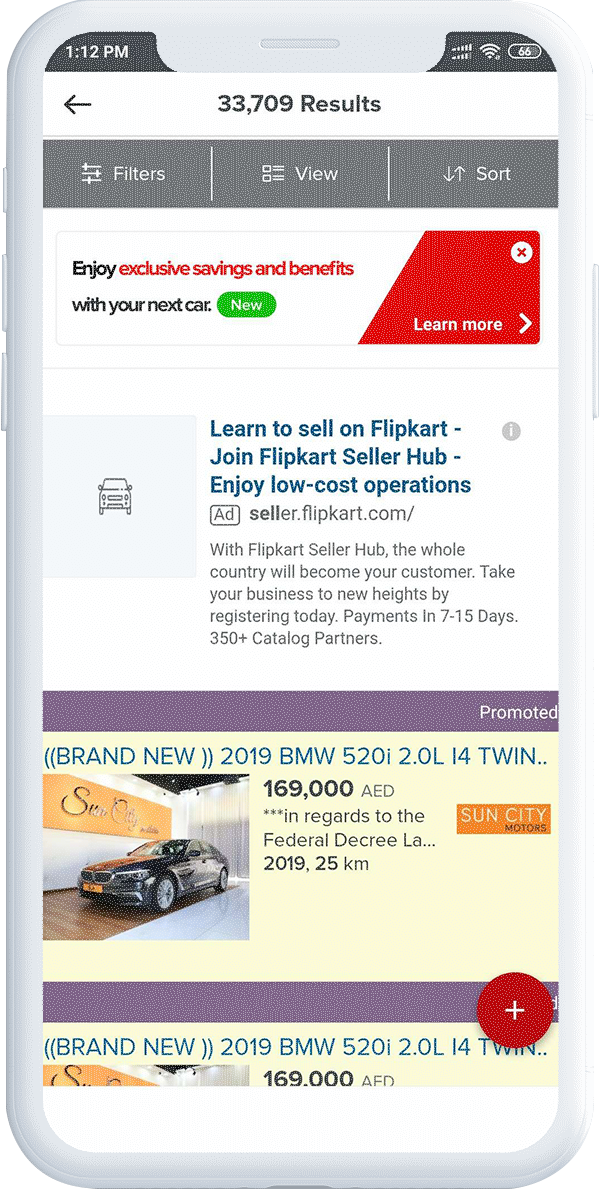 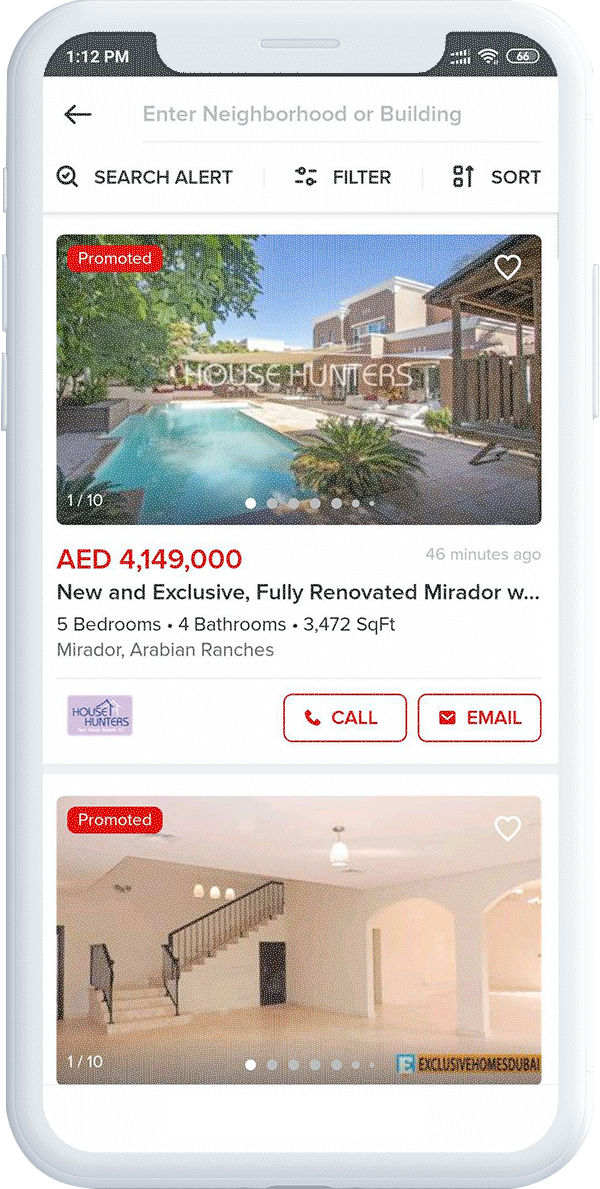 BrandBurp created a digital presence for us and attracted leads to our business, which showed that they had contributed with the right kind. 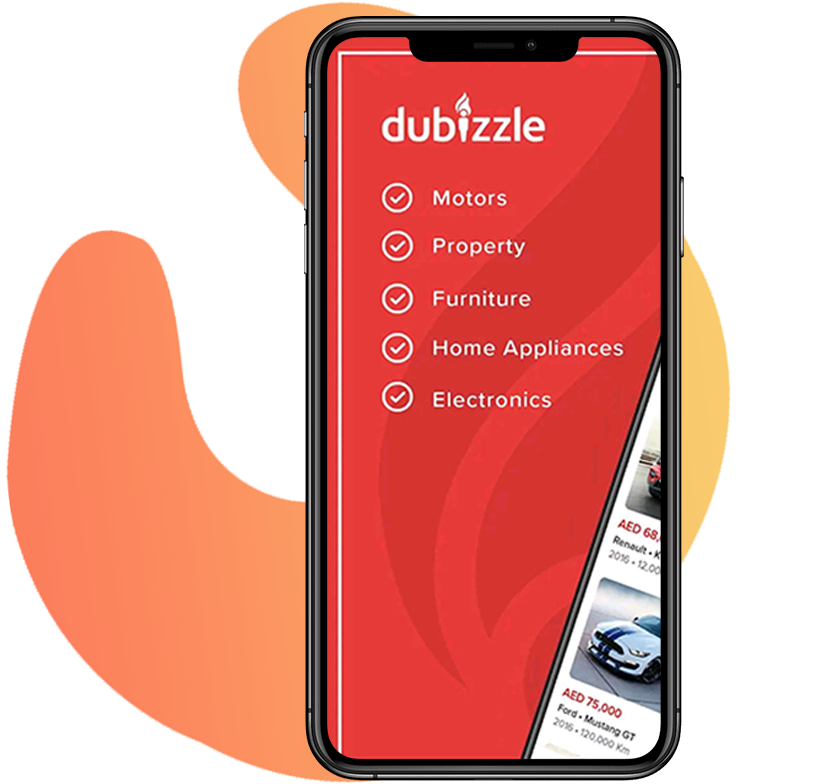 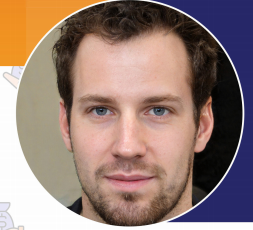 With BRANDBURP'S next -level services, we have exceeded our sales objectives. They have suggested and implemented a lot of strategies to perk up our ROI. I would highly recommend them to market your app..

As a prominent name in the market it has gained, Dubizzle is available on Android and IOS. Download the app now and enjoy the best classifieds in the UAE and Dubai.