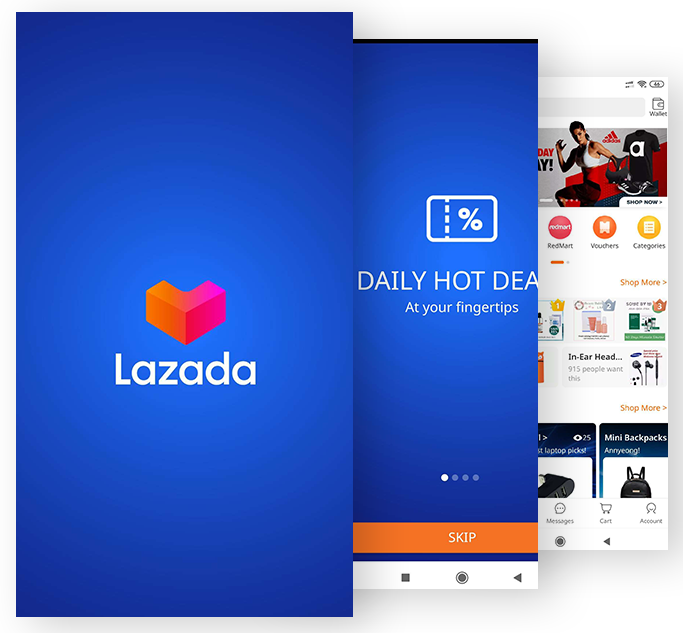 Founded in 2012 by Maximilian Bittner with the help of a European internet company Rocket Internet, Lazada is one of the top e-commerce apps in Southeast Asia. The app has more than 50 million active users annually. In June 2013, Lazada announced it had raised an additional $100 million. Lazada is operating in multiple countries and had raised a whopping amount of $647 million from its investors.

Serving an e-commerce giant in Southeast Asia is an achievement in itself. But being an extravagant brand, its requirements were something complex that we took an admissible amount of time to get into. We took the liberty of enlisting some of its requirements so that we can understand what Lazada is all about. They asked us to commit to the following things:

Lazada is a Philippines based eCommerce application that focuses on providing the best quality products at affordable rates. From dresses to electronics, if you are planning on buying one, then do make sure to check out Lazada.

We at BrandBurp are determined towards providing the best and most relevant services to our clients at reasonable rates irrespective of their needs and agendas. Lazada reached out to us for its app marketing services and we took full responsibility for making it a globally dominated e-commerce app.

Though we have some of the best app marketers in the industry, they too sometimes end up with some challenges, which is quite normal as app marketing is quite a complicated task to pull off. The following are some challenges which we faced during the marketing campaign of Lazada.

Challenge 1: Low traffic
Solution:Initially the app was receiving low traffic and to boost the traffic of the app our team used advanced app optimization techniques. We made use of ads and social media platforms to mix things so that the app can reach its target audience easily that will eventually boost the traffic of the app.
Challenge 2:Enhancing Brand Value Globally
Solution:To improve the overall brand value of the app, it was important to understand the customer behavior and then, our experts implemented some of the best tricks to enhance the brand value of the app. Our professionals opt for a lot of strategies to do so, including social media marketing, video marketing, and more.
Challenge 3: Evolved user behavior
Solution: We at BrandBurp know all the ways to boost user behavior. The client was looking for a good customer retention rate and since we cannot change the users’ opinion, so we started various social media techniques to attract the audience towards the app.
Started app content marketing
Performed competitor research
Researched target market
Performed Thorough Research

Our team focused on every aspect which helped to enhance the ranking of the app. We also worked on the quality of the presentation of the app in different app stores and this strategy allowed the app to achieve a higher rank on the app stores.

We worked on app icon and title to attracts users and also reached to target audience through Social media to boost app downloads.

By integrated the rating and review process within the app, we were able to boost the positive review and ratings on the app. 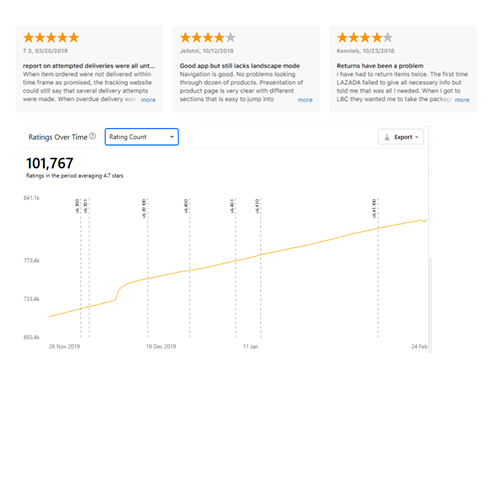 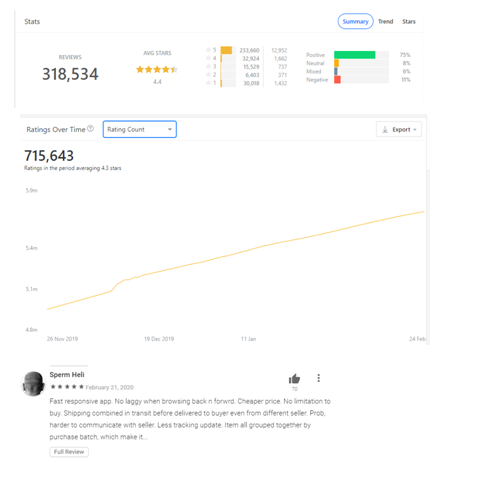 Our experts implemented the proper marketing strategies and also identified the core metrics of the app to enhance the ROI of the app.

We made great onboarding experience for users and also worked on the speed of the app, which allowed users to keep themselves engaged with the app.

Why We Are #1 Digital Marketing Agency

Our digital marketing strategies adeptly target potential users and convert them into loyal audiences to extend their reach and boost their sales. 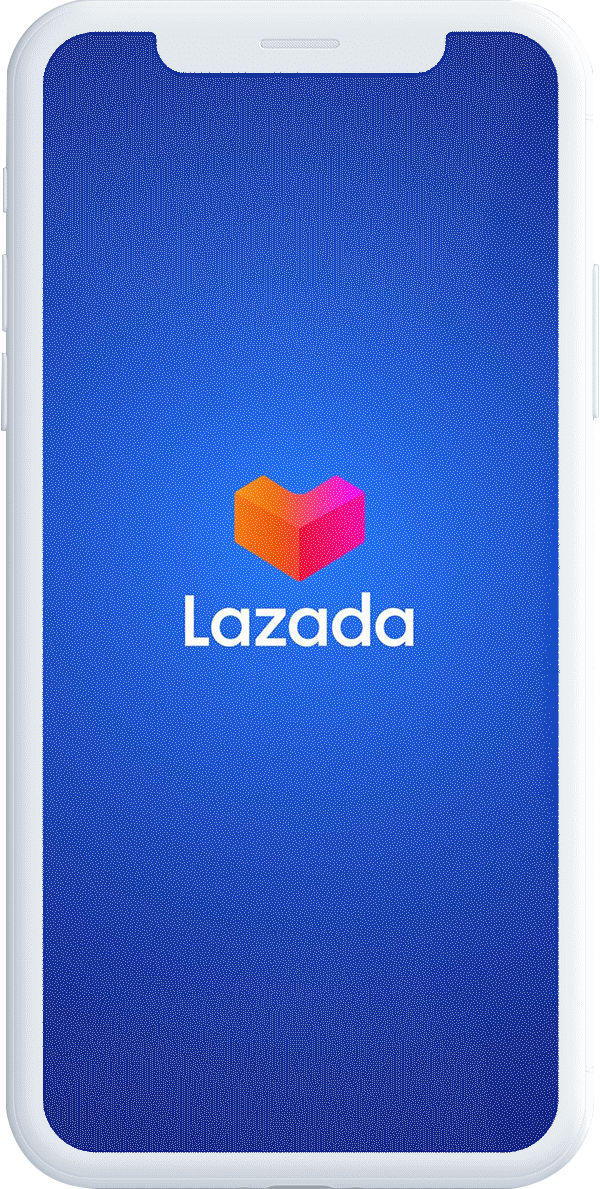 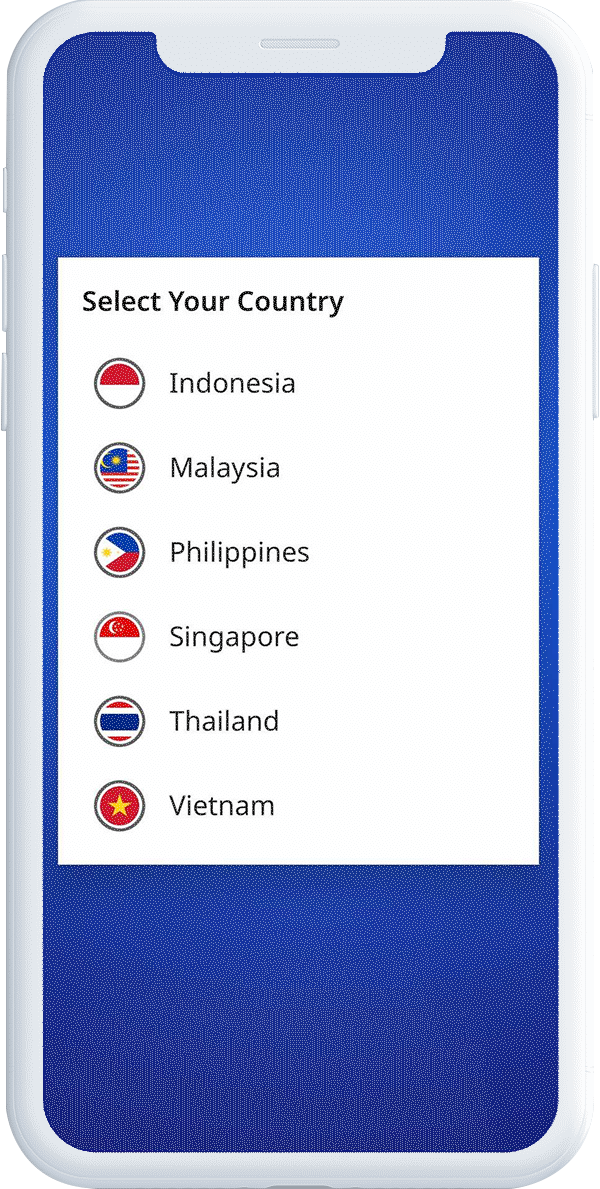 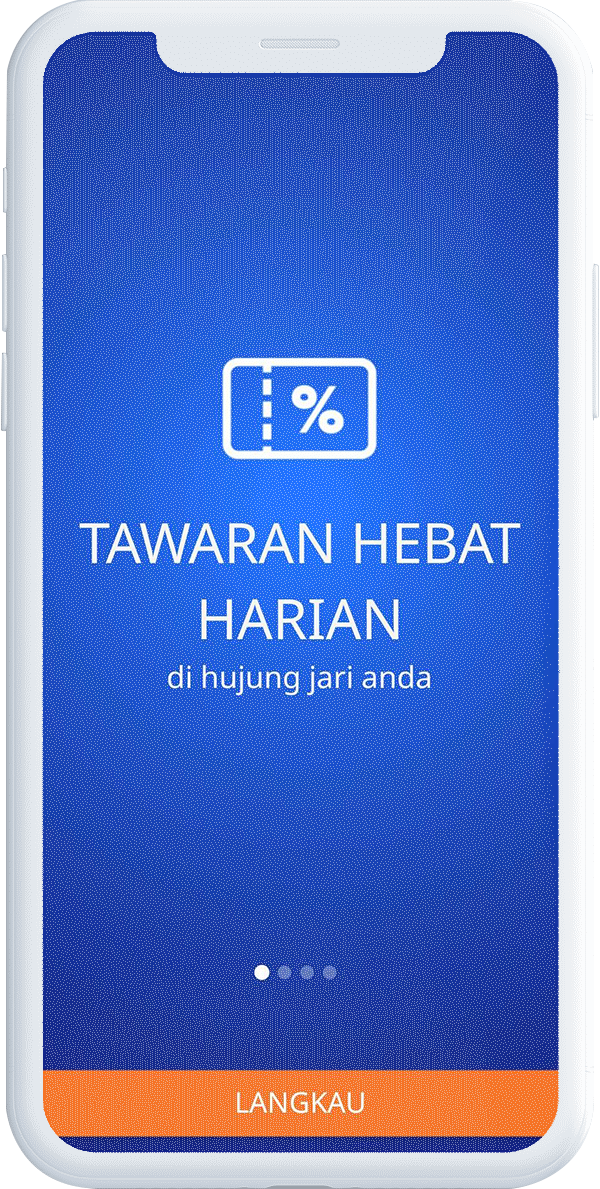 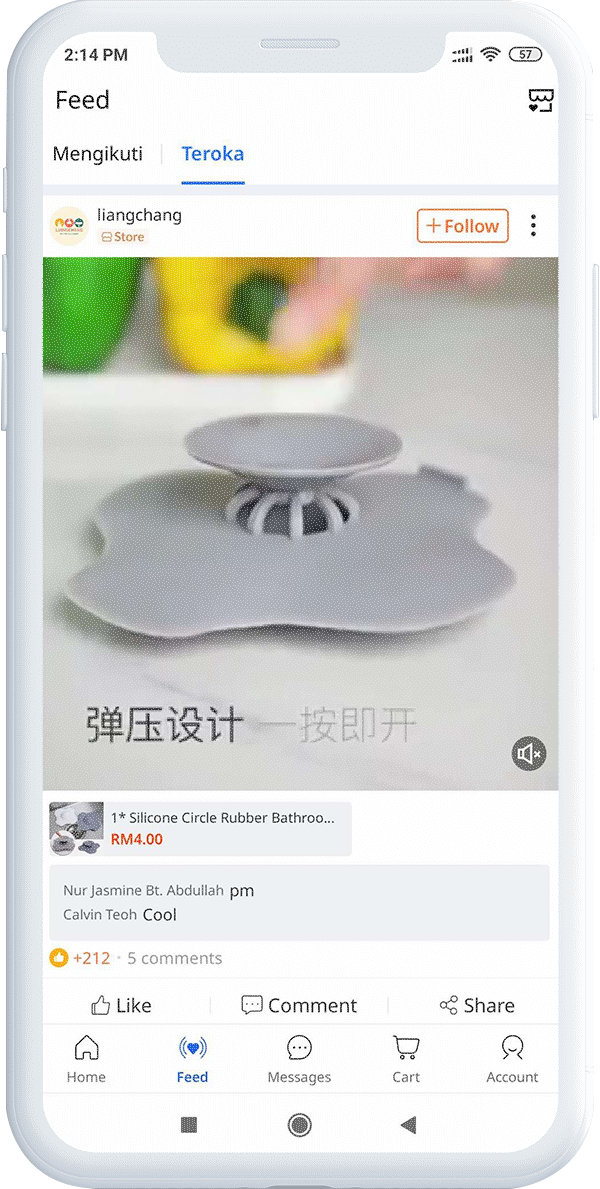 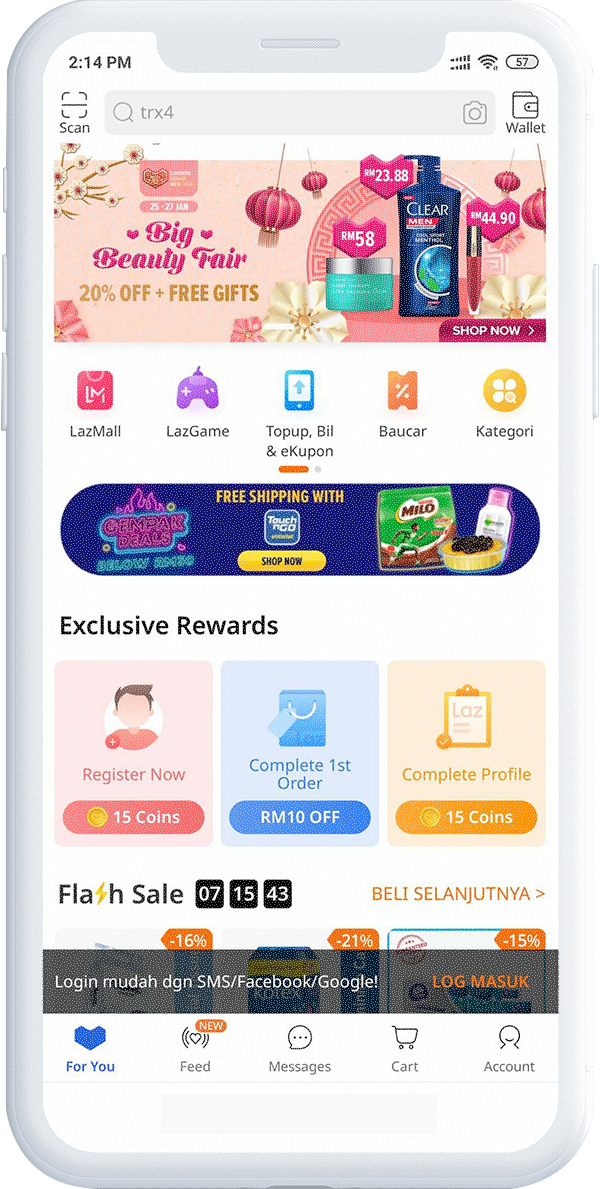 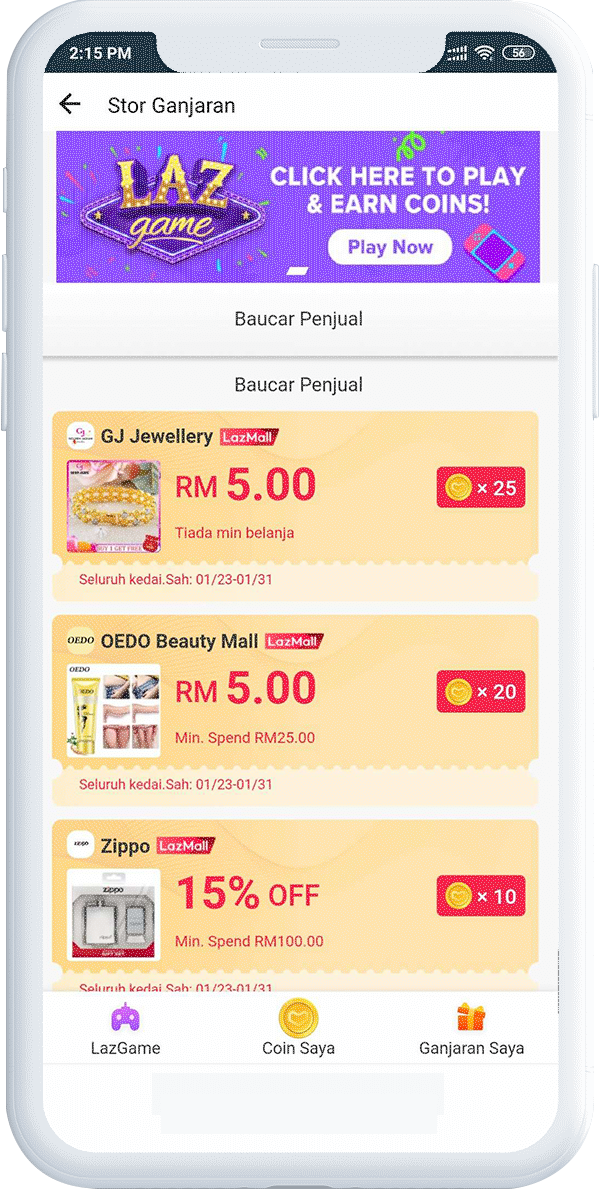 When it comes to best digital marketing services, no one beat BrandBurp and the successful result we get was the proof of it. 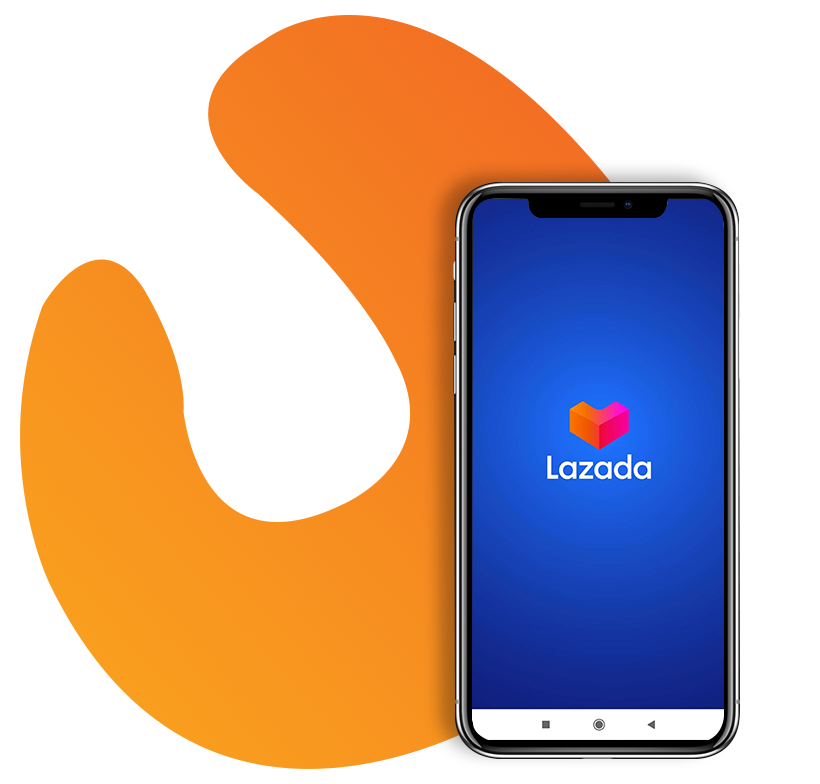 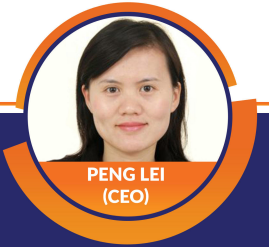 Ever since the collaboration with BrandBurp, my app has witnessed somewhat of an unexpected increase in our user-base. I couldn’t be more thankful to BrandBurp for their services.

Being an eCommerce application, Lazada is available on both iOS and Android platforms.